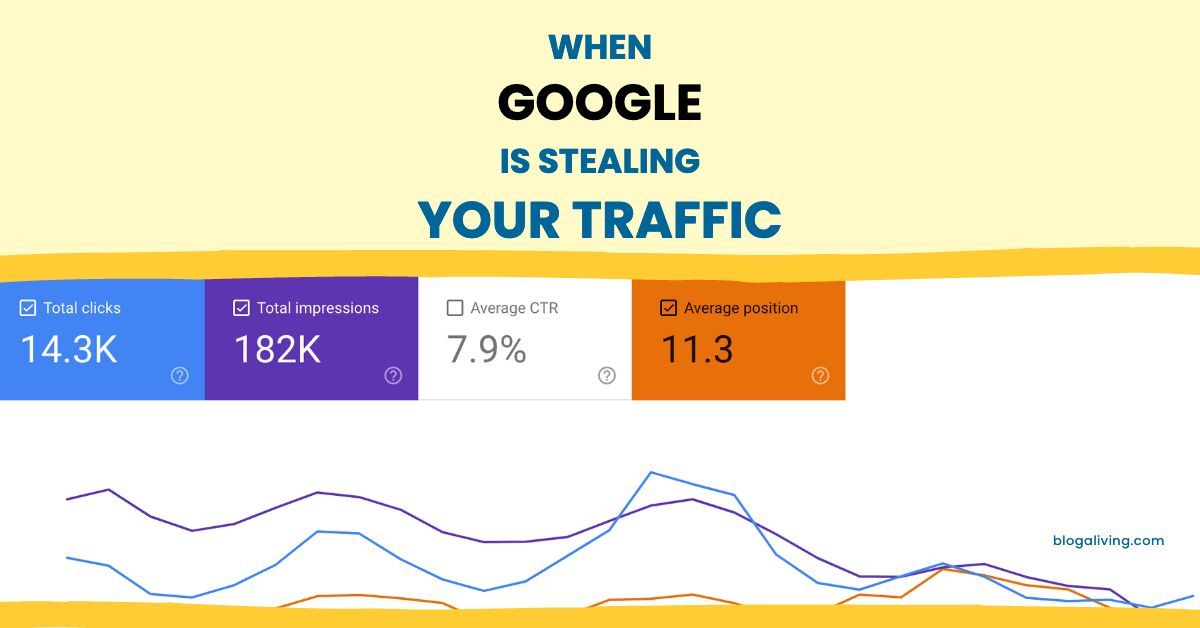 Something is happening on my sites happening with Google. It used to be simple to figure these things out. If you stopped getting traffic for “keyword phrase”, your rankings had dropped.

Like, you were #2 in Google but now you’re #5. Your goal was to get back to #2, and ideally all the way to #1. It may not be easy, but it was straightforward. You knew what the goal was.

Lately I’m seeing traffic drop without any rankings changes. And it’s because Google is putting things above my listing. In this case, carousels of images that link to various sites that don’t even rank on mobile.

So it’s not that I need to rank higher. It’s that I need to be in that carousel, or it doesn’t matter how I rank. Ranking 1, 2 or 3 for a term isn’t worth what it used to be because people have to be motivated to scroll past all those pretty pictures and not click them before they will get to you. 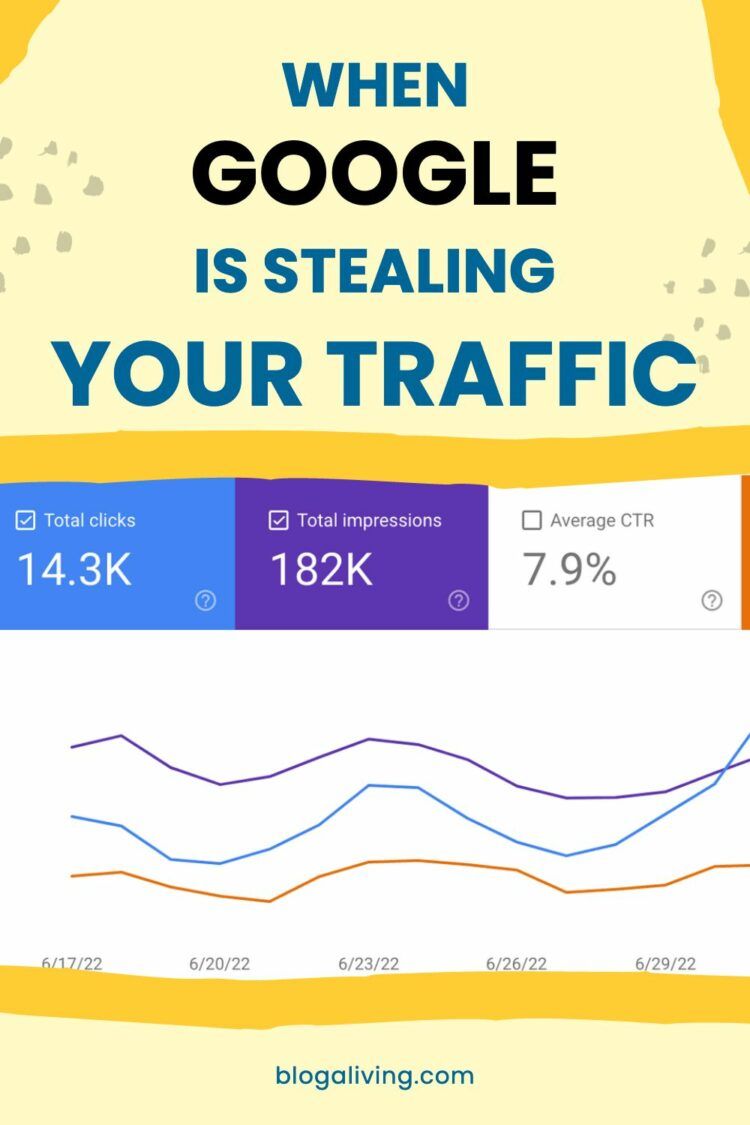 This leads to Google Search Console graphs like this:

Now, the ranking position had been falling a little over time, but it’s steady when the big drop after July 4 happens. Suddenly that average position of 8.1 just isn’t what it used to be in terms of driving traffic.

Could it be people suddenly lost interest in the search term after the 4th? While this isn’t a July 4 term, let’s check anyway. Google Trends:

Looks like the interest in this term has been reasonably steady. I don’t see the sort of drop that would explain the drop I saw in my traffic.

Google is stealing your traffic

Here are just some of the things that could devalue even a #1 ranking for a search term:

I’ve seen the #1 ranking be pushed down to below the fold. Here’s an example, in desktop view: 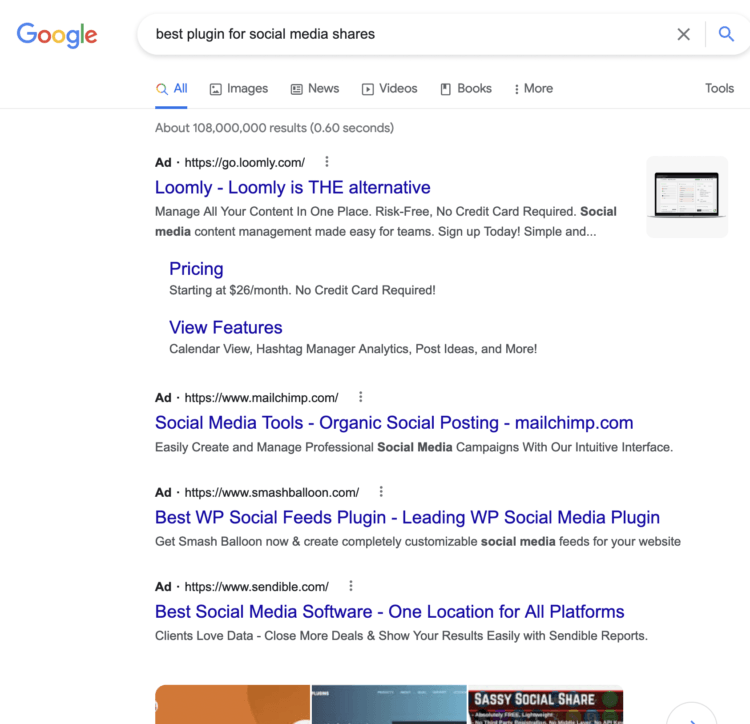 The site ranking number one for this term is WPForms. Unfortunately, no one will see them unless they scroll down. And it’s even worse in mobile view: 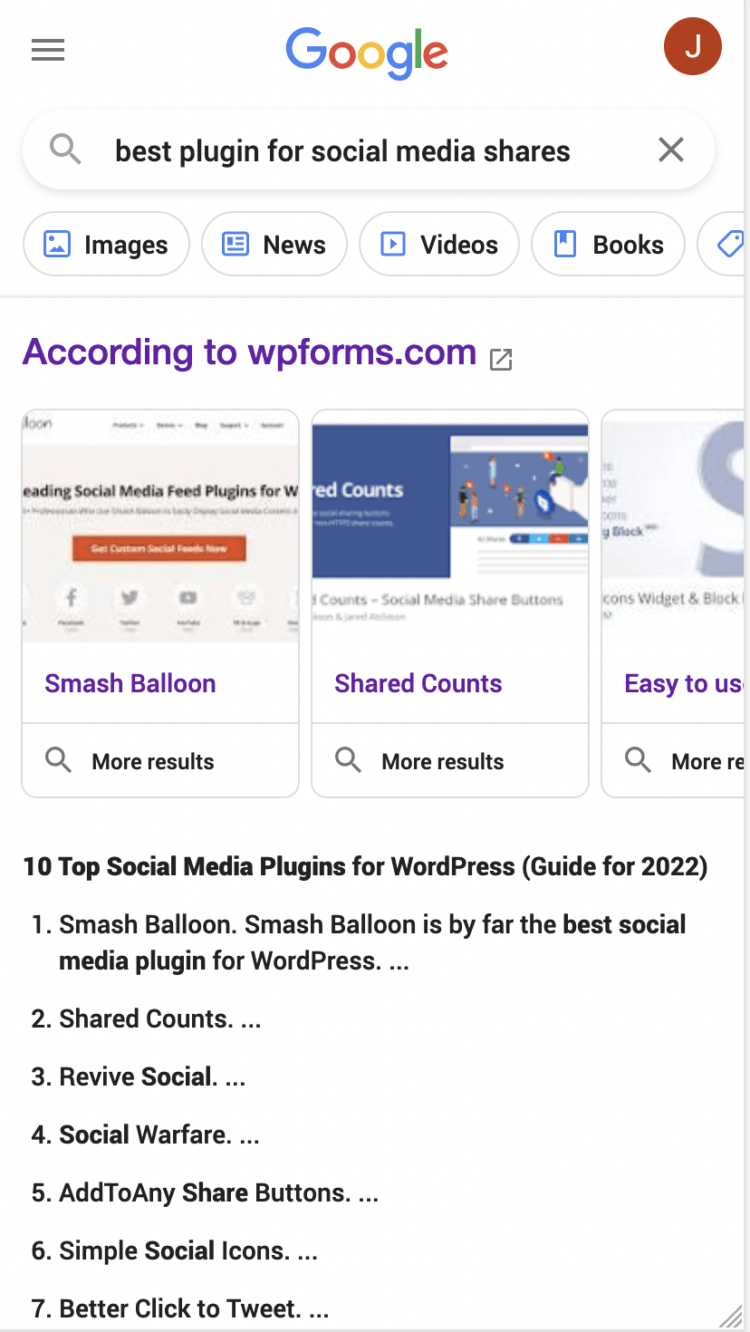 Google tells you what plugins WPForms recommends. Now, if you click the images or the text box below, at least you are taken to WPForms. But some users will just Google the top recommended plugins and skip WPForms altogether. That’s by design. Google gets another search, you get nothing.

What Google is doing here is perfectly legal. So how do we combat or work around it? This is an open-ended question. There’s no simple answer, and today’s best answer might be very different from the best answer a year from now.

Rank in the Carousel

If only we knew exactly how to go about this. Sometimes what’s ranking above you is videos, so you need a video to compete. Other times it’s just gorgeous pictures, and you have gorgeous pictures, but Google doesn’t seem to like yours. Maybe it’s image rankings?

The point is, there can be a diminishing return effect if you’re trying to figure out how to rank in these elements on every single keyphrase you target, and the elements keep changing. Which they do.

Creating lots of new content could help. Every page you create is another avenue for visitors to reach your site.

I doubt there is such a thing, but you can concentrate on content Google can’t steal… for now. This time last year, I thought Google couldn’t steal your listicles traffic. But looking at the above example for WPForms, I see they’ve found a way.

If you have ideas, leave them in the comments!

How to Choose a Blog Niche

How I got a Facebook penalty for two words