We may get commissions for purchases made through links in this post. 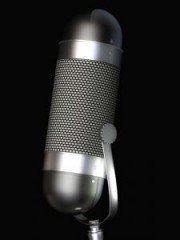 Most webmasters – particularly those from the U.S.A. – think about moderating blog comments in terms of only spam prevention and censoring especially ugly language or hate speech. They think it would be censorship to moderate someone’s ideas, even if those ideas are subtly toxic. But as a blog grows, suddenly the webmaster is outnumbered by the commenters, and their voice can take over.

It’s your job to determine what direction your blog will take, not the commenters’. You do not have to err on the side of caution in moderating. You are not stripping them of their right to free speech (they can go say whatever they like somewhere else). You are not being unfair. Think of your blog as a party: if one attendee is making it miserable for everyone else, who do you want to leave? The one attendee, or everyone else? Because if you don’t take steps, everyone else will.

By the way, don’t worry: for every commenter who gets angry at being moderated and leaves, several more worthwhile commenters (probably long-time lurkers) will start talking.

This article is part 1 of a series, and focuses on the problems commenters can create without leaving spam or particularly ugly language or even being off-topic. Part 2 will talk about changing your attitude toward moderation. Part 3 will talk about solutions to dealing with commenters who aren’t working for you.

If you’ve never run a website with much commenting, you may be wondering what the big deal is. Let me give you some examples.

Why I Decided Against GetResponse

Manage Cookie Consent
To provide the best experiences, we use technologies like cookies to store and/or access device information. Consenting to these technologies will allow us to process data such as browsing behavior or unique IDs on this site. Not consenting or withdrawing consent, may adversely affect certain features and functions.
Manage options Manage services Manage vendors Read more about these purposes
View preferences
{title} {title} {title}